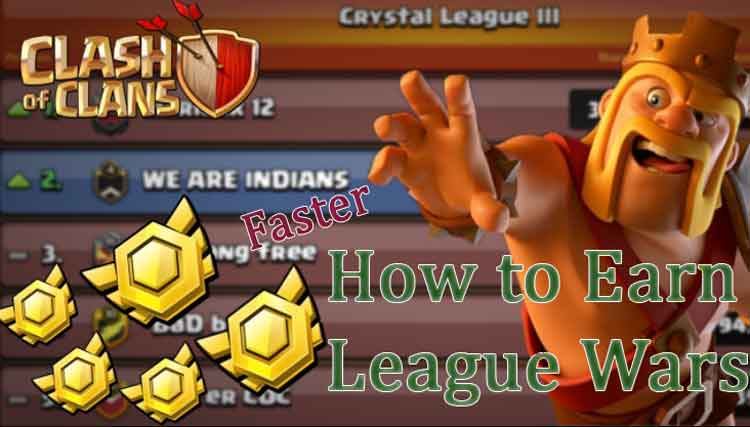 Clash of Clans League Medals is something that you can really use to upgrade your game level faster. So, how to earn league medals in Clash of Clans? All you need to do is participate in Clan War Leagues and Champions War Leagues to earn them.

If you are not so familiar with League Medals in COC then today in this article, we will tell you everything about League Medals.

What are League Medals? How to Get League Medals, what are the uses of this reward, and how important it is for the game? This post is going to cover all of this one by one. If you have all of these questions about COC league medals rising in your head then just read the full article to stay well informed.

How to Earn Money from Home

How to Uninstall Game Turbo App

What is League Medals

Since the year 2012, players are making their villages, expanding their clans, raiding enemies for their survival in the COC(clash of clans) game. It is a mobile arcade game where players farm, make their territory, train troops, attack, and defend. They can also make clans by merging multiple villages into one team.

So, when you are in a clan and your clan is eligible, you can take part in the season-based wars which are Clan War Leagues and Champion War Leagues. Unlike Normal Clan wars, these league wars are announced once in every season and everyone with an eligible clan takes part in this league war and earns League Medals as a reward.

Simply participating in the war will get you a 20% percentage of League Medals but if you need more then you have to work for it.

How to Earn League Medals in Clash of Clans fast

Players have to participate in the Clan War League and Champion War leagues to earn league medals in Clash of Clans.

A player can earn 20% of the league medal reward by just participating in the League Wars. However, if you perform well and get more stars then you can earn more of your League Medals share.

Winning each war will get a lot of league medals. So, If you have done well in the wars and got more stars then you can get more. Receiving League Medals as a reward totally depends on your position in the clan.

If you play Clan War Leagues, you will be able to earn League medals in a variety of ways.

We all know that 3 stars can be earned if we attack and destroy a village fully. So, gaining 8 stars will give you full participation rewards.

The more you play the more you will earn league medals in Clash of Clans. So, do your best and get as many stars as you can.

How to Join Clan Wars

To join any of the two clan wars, all you have to do is sign up in the League Clan wars by visiting the Clan War section in the COC game lobby.

Only Leaders and Co-leader can apply for the Clan Wars by signing up with their Clan Details in the Golden Clan War sign-up section.

War and other details will be provided in the mail section after you successfully apply for the League Wars. Also, you need to get in mind that, Each League war comes once every season. So, don’t miss it.

How to use League Medals?

The amount of your League Medals rewards will depend on your performance in the War Leagues. If you only join and do nothing in the wars, it will also give you 20% of the league medals.

Attacking enemy villages, donating troops, winning wars, and the number of stars you have from the clan wars will decide your place in the clan.

The higher place you have the higher the amount of League Medal rewards will be.

After winning League Medals, it can be used in the Clash of Clans League Shop. In the shop, you can buy things that can help you grow your village faster.

Items like Builder Portion, 10X wall ring, Hammer of Fighting, Hammer of Building, etc, can help you both with the survival, growth, and attacking the enemies.

Final Words: Clash Of Clans League Medals are very important to grow your village and get strong faster. Check our guide to learn how to earn league medals in COC. If have any new League Medals Earning Tips then please comment below.

I hope this will help. Subscribe to our page for more.

Why Chrome Browser is Reloading Automatically